“Really!? Was that project approved!?” “Toppa Creative Award” to be held again this year

Advertisement award comes back recognizing ads and content that make you say “Really!? Was that project approved?”

Reflecting the ideas of the two companies that deliver content mainly for the web, this award is designed to promote adventurous and edgy content that is acceptable by many people in the world.

Three major features of Toppa Creative Award are as follows: 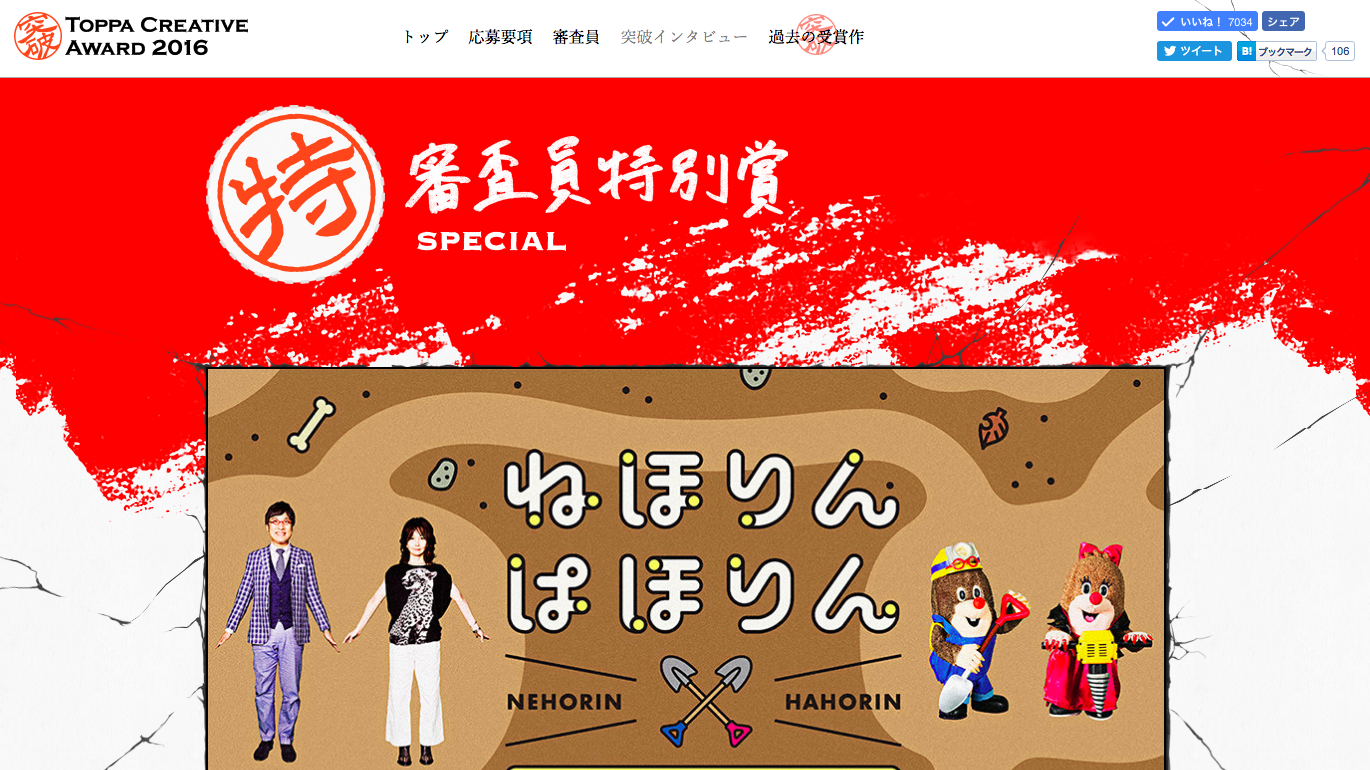 See below for more details about Toppa Creative Award:

Overview
This award recognizes the courage to create ads and content that would make people say, “I bet you met objections,” and “How did you receive approval?”
It recognizes not only the creativity but it also focuses on “Toppa (breakthrough)” story about what barriers were overcome.

Review criteria
Is there any “breakthrough!?”

Eligibility
Entries should be implemented/launched during the period between Friday, November 13, 2015 and Wednesday, October 19, 2016. Any projects that reveal “Toppa (breakthrough)” story of overcoming the barriers of clients, bosses, or the world are eligible including marketing communication measures by companies and local governments as well as TV shows, in-house programs, and ordinances. The scale and the outcome of a project do not affect the evaluation.

Award ceremony
Besides award ceremony, a talk session is planned with award winners and jury members to discuss how winners received approval for a project and tips for receiving approval.
To attend the ceremony, register from the Toppa Creative Award special website.