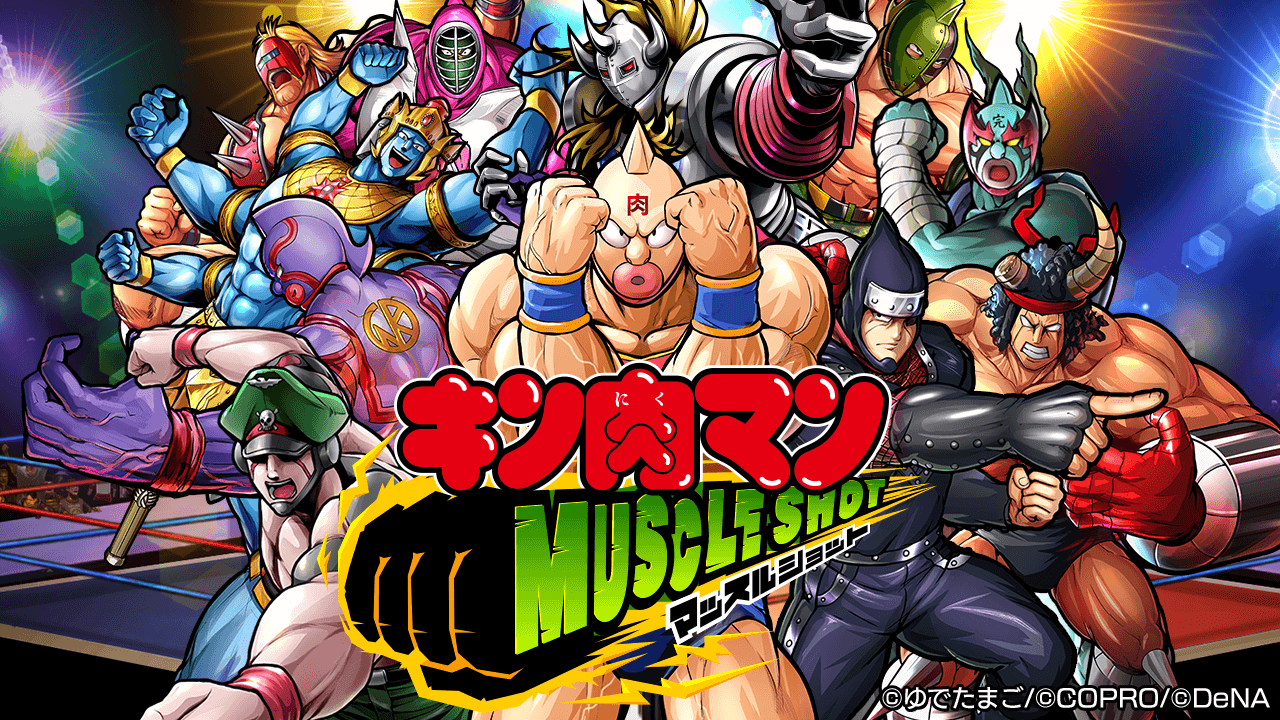 Kinnikuman Muscle Shot is a smartphone action RPG by DeNA.

The game features real-time team play for up to four players and a story that follows the original plot. KAYAC worked with DeNA in producing the game.

Highlights of the game are as follows:

▼Exhilarating battle with simple operation!
Freely use Chojins and trigger shots!
Get wild in the ring!

▼Real-time network battle for up to four players!
Create a team in real time and engage in heated battle!
Share the joy of victory with your friends!

▼Fierce player-to-player battle!
Your next competitors are players all over Japan!
Make your best team to win the battle against rivals!